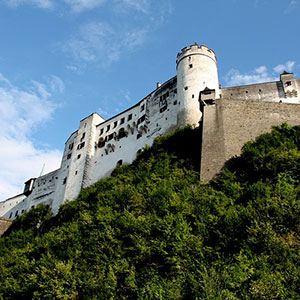 Join us for a royal adventure through the historic sites of Hungary, Slovakia, Austria, and Germany! This affordable tour of Europe takes you to some of the continent’s most legendary sites, including a Danube river cruise through Austria’s stunning Wachau Valley from Krems to Spitz. The tour of Imperial Europe begins in Budapest-called the “Pearl of the Danube.” Explore the Hungarian capital with its treasure trove of architectural wonders with a guided city tour. Travel through Slovakia, stopping in Old Town Bratislava, on your way to Austria. Spend two glorious days in Vienna, the “City of Music”-with guided sightseeing of its enchanting city center with its iconic sites. Enjoy an orientation in Salzburg, the exquisite city of Mozart’s birth. Experience more stunning sights on your way to Munich, with a visit to the storybook site of King Ludwig’s Neuschwanstein Castle. You’ll tour the lavish halls inside this inspiration of Disney’s Magic Kingdom, with stories of the King’s descent into madness. Your European vacation ends with two fascinating days in Munich. Tour the Marienplatz (Main Square) catch a Glockenspiel performance on the tower of the new Town Hall, or relax in a traditional Biergarten for a stein or two of classic German beer. Your value-minded tour of Hungary, Vienna, and Germany through some of Europe’s favorite destinations is an imperial experience not to be missed!

Prices are per person, land or cruise only, based on double occupancy. Offer subject to availability and change without notice. Some restrictions may apply. Please ask us for details.

Charges not included in the land vacation price: airfare to and from the start of your vacation; airline baggage fees including checked and/or excess baggage fees; Federal inspection fees for the Federal U.S. Customs and Immigrations; agricultural tax; other per person taxes imposed by government entities; applicable cruise taxes, fees, fares and port charges; passports; visas and vaccinations; transfers; tips to your Tour or Cruise Director, Local Host, driver, Local Guides, and/or ships’ crew; gratuities on ferries, trains, and cruise ships; laundry; telephone; minibar; alcohol, beverages, and food outside of the contracted menu as presented at a hotel or restaurant (these extra items will be billed to you before leaving the hotel, ship, or restaurant); additional excursions and activities not listed as ‘included’ in the itinerary; porterage at airports or train stations; Travel Protection premiums; and all other items of a personal nature.

Click on the buttons below to request a quote on this deal or contact us directly with further questions or comments.

Request A Quote Send To A Friend Have A Question? Contact Us

Send To A Friend